I often hang out at Running On Empty 2 to find some good posts or links regarding anything related to peak oil. Today I found one. Olwe has a way with words. Although thoughts like his may cross my mind at certain times, I would never be able to express them with the writing style he is gifted with. And no, I'm not pagan! With his permission, I post:

"One of the great things about getting older and possibly wiser is you
find yourself combing over the old, simple givens of life and finding,
lo and behold, something profound you missed long ago or took for
granted. In this case I'm combing over the story of The Fall from the
Garden of Eden.

I thought I as an animist Earth-centric pagan understood the whole
Eden thing as a grand metaphor. Carl Sagan talked about it in his "Dragons
of Eden," then Daniel Quinn put it all in brilliant perspective paraphrasing the progressive, post-Margaret Meade anthropologists when they assert that yes, the so-called prehistoric human led a great life--just as the Bible describes the proverbial Eden.

The Serpent excited in Adam and Eve the itch to use their intelligence
in a novel way, to go with science and technology. He sowed doubt and
dissatisfaction with the Eden status quo. Fine, fine, this has all
been hashed out beautifully by many rationalists and read-between-the-
liners.

But one day I found myself talking to some fundamentalist Christians
about Quinn and PO, etc., and on the fly I was translating everything
into their Bible-speak, using all the early Genesis stories. Before I
knew what I was saying, I was claiming that, sure, God was upset with
us and kicked us out for following the Serpent, but the stories of
Cain and Abel, the Tower of Babel, Sodom and Gommorah, the Great
Flood--all could be read as God wanting us to renounce the Serpent's ways
and beg for forgiveness and try to get back into Eden.

With Cain and Abel, God was literally saying, no I don't like
farming, I'd rather you be nomadic herdsmen. With S and G, He was saying, I
don't like you concentrated in cities. With Babel He slapped us down
for essentially what we're doing again: high-tech "playing God" in a
multi-cultural Brave New World mega-hive. Great, nothing that new
here to Quinn-ish anthropologists interpreting the old legends.

But it struck me recently that yes, indeed, the Serpent was saying a)
I'll show you how to turn this wild mess Eden into palaces and
gardens, and b) I'll show you how to really use your brains, just
like God does so you can one day be your own gods! This is fairly well
paralleled by Tolkien's "The Silmarillion" where bad-guy Melkor
always wants to destroy what is beautiful.

Again, I'm not telling Quinn and his followers anything new here when
I say that yes, 100%, the Serpent represents the first steps into
civilization, the endless quest for more. And the immediate post-Fall
slap-downs by God seemed to say God does not approve. But what really
grabbed me was how incredibly serious this, as the Catholics call it,
"original sin" really is! I mean, think about it: Adam and Eve
rejected Eden as is, as well as trying to use their brains in new ways to
create a seperate and independent god-like status. When you think of
it, that's about as sinful as you can get! And after the Great Flood,
I believe God was saying, d-i-v-o-r-c-e, that we had rejected Him to
keep chasing the Serpent's dangling carrots once too often and He was
calling it quits.

But this would be far too much heresy for any believer to swallow--an
interpretation way too devastating, i.e., that God has truly abandoned
us.

Yet maybe there was hope still. Enter Moses. Once he had taught the
Pharaoh a lesson, he went off into the wilderness. To try and
establish a society that would slowly move back to Eden? After all,
taking off into the Sinai with thousands of people and practically no
supplies was all but suicidal. God provided water and manna, which
might be seen as modest overture to restart the old Eden
relationship, huh?

But there was also the curious case of John the Baptist. He lived in
the wilderness, but why? I was taught that he was a minor figure, and
probably a crazy-eyed zealot. But what if he had grokked that The
Fall, original sin was still a real bad problem, that, no, you can't
just follow the Serpent's original offer AND be tight with God. No
indeed, you would have to start heading back to Eden to truly once
again be a "child of God." Maybe John tried to talk Jesus into this,
but the latter thought he could bring change from within civilization.

If you're still with me, it really seems to me that if our high-tech
civilization is indeed just the latest phase of Serpent's bargain,
wow! ,we've really blown it! I don't know how serious the Jews take this
first sin, but obviously, the Christians have blown it off big-time!
They've even set John the Baptist's protoge up as a savior who
totally obviates any consideration of that first sin. And of course, a
Catholic baptism as an infant "cleanses" you of "original sin". I know this is
serious heresy for most believers, but hey, what if God really didn't
want us to leave Eden? What if He really took offence at our
believing we could do better than His Eden and His lordship over us? What if
this whole "eat cake and have it to" routine doesn't cut any ice with
Him? Can we basically follow the Serpent's game AND be believers in
God? Can Jerry Falwell drive a Mercedes to a huge modern climate-
controlled church AND have his version of redemption through Jesus?
Falwell is the poster-child of have-cake-and-eat-it-too.

This might be far afield for most of you, but again, could it be that
God really didn't want us to leave Eden, I mean, REALLY DIDN'T WANT
US TO LEAVE? And maybe He's not going along with us just brushing His
anger and disappointment off, even to this day? Maybe original sin is
really about as bad as it gets--and hasn't gone away. After all, 10,
000 years is just a blink of an eye for what scientists say was our
much, much longer residency in Eden. And could it be that we were
built for Eden, and anything outside of Eden "voids the warranty?" That
is, we really can't succeed outside of an Eden anyway. Maybe St.
Francis, Clare, Thoreau, Gandhi, John the Baptist, all the other
rewilded hermits sort of felt this, but didn't spell it out so black
and white.

...ironic, all this as we're on the verge of being dumped by the
Serpent, i.e., all the brainiac-isms of the last 10k years, all the
tricks we thought would obviate absolute prostration to and
dependence on God are about to fail on us. It's oil that turns out to
be our weak point. We're all but totally weaned off God, totally
outside of Eden and just now the oil window is swinging shut. The
Serpent has tricked us into all but totally destroying Eden in a search
for these castles and gardens he spun into our minds, and tricked us
into believing our minds when bent to science and logic could make us
His equals.

No, don't worry. I'm still a pagan tree-hugger. But I can't help but
be amazed at the power of the Abrahamic religions' mythology.

And back towards Eden is just where I think we as a society should be moving towards. Here's an exerpt from the website:

"We provide a current listing of upcoming permaculture design courses and a valuable global networking directory linking students to teachers and information, homeowners to designers and consultants, homeseekers to community, and hope and help for all who desire a healthy happy planet that cares for it's people. You can help us make a difference, have fun, find new friends, propagate love and justice, help the earth heal, and earn the praise of your descendants."

Absolutely spot on. For more on "getting back to it", please see:-

Thanks for the link. The website is very catchy by mimicking the PNAC site! I've bookmarked it. I also see it's in the Peak Oil Webring so it will be easy to get to for me.

I have to make a few comments, though. I read some of the website and I am not an advocate of globalism--peak oil hopefully won't allow that. I believe in decentralization and powering down as much as possible. The New Jerusalem part of the website doesn't sit well with my belief system but it IS written that this will occur in the biblical sense. To me, it will be a bad omen. But it has to get worse before it gets better (i.e. Christ's return) doesn't it? Celtic Christianity appears to have some truth to it.

I also want to mention that there is more to the armour than a sword and shield. Don't forget the helmet of salvation of which is only found through Christ. I believe the scripture for the full armour of God is in Thessaloneans (sp?).

I have this idea that we are not gods right now. Maybe that's what God has in store for us in the afterlife. But I think we must figure some things out while here on this earth in this life yet. IOW, this is our prepping ground. First, we must come to know Christ as our Savior, however.

Just my two cents for what it's worth.

Thanks for commenting. I appreciate it! 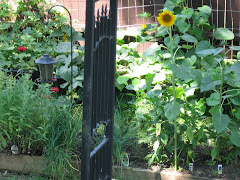